What is entropy? – Jeff Phillips 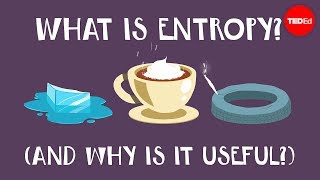 There’s a concept that’s crucial to chemistry and physics. It helps explain why physical processes go one way and not the other: why ice melts, why cream spreads in coffee, why air leaks out of a punctured tire. It’s entropy, and it’s notoriously difficult to wrap our heads around. Jeff Phillips gives a crash course on entropy.