Meet Frank Schilling – One of the most successful domain name investors ever. 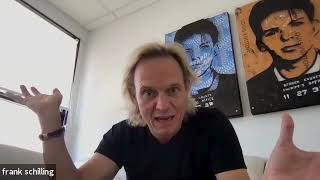 Frank Schilling is one of the most successful doman name investors of all time, He founded his company Name Administration Inc. in February 2002. The company manages more than 5,000,000 domain names.

In 2012, Schilling was revealed by CNET as the financial backer of Uniregistry. In 2019 Uniregistry became a top 10 registrar of domain names across GTLD’s and CCTLD’s and operates or provides back-end services to 31 top level domain names.

On February 11th 2020 Godaddy announced that it had acquired the assets of Schilling’s Name Administration Inc., as well as the Uniregistry registrar, its secondary marketplace and Uniregistry investments in New York based Brandsight.com Uniregistry’s 31 owned and operated and joint venture top-level-domain names and its registry infrastructure were excluded from the transaction.

Schilling remains an active Angel Investor who’s fund has early investments in Triller and a founding stake in Desktop.com