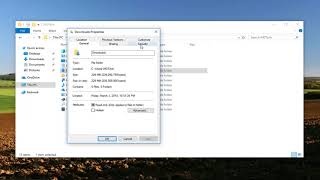 How To Take Ownership Of Administrative Files and Folders On Windows 10/8/7.

If you’ve ever been denied access to a file or folder in Windows, chances are you need to take ownership of them with your user account. Here’s how.

In Windows, a user that has ownership of a file or folder has implicit rights to change permissions on that object. That user is also always allowed to access the file or folder—even when other permissions seemingly contradict that access. When you create a file or folder, the user account under which you’re logged in automatically gets ownership.

But you might occasionally run into a situation where you need to take ownership of a file or folder. Maybe you’ve got files or folders that were created by a user account that has since been deleted. Maybe you’ve got a hard drive from another PC that you’re working on. Or maybe you just need access to a particular system file—like “notepad.exe”— so you can apply a hack. Whatever your reason, here’s the official way to take ownership of a file or folder. And once you’ve learned how to do it, why not make it even easier and add a “Take Ownership” command right to your context menu?