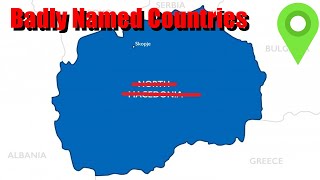 There are LOTS of ways you shouldn’t name a country, so today I figured I’d go through them all for you!

http://reddit.com/r/toycat – Subreddit community! For discussions on all the things you see on this channel

Check out my main channel at http://youtube.com/ibxtoycat
Also on twitter @ibxtoycat